A single espresso is a popular choice for a quick pick-me-up. But, let’s pause for a minute. What if you need much more than a single shot to keep your caffeine levels and energy high? If you are thinking of having 4 shots of espresso, then you might want to know the answer to this question: So, how much caffeine is in 4 shots of espresso?

There is no set amount of caffeine in espresso because each coffee shop and barista has its brewing style, the type of coffee beans used, the machines, and the filter basket size.

In this article, we will explain everything to know about quad espressos and their caffeine content, so read on!

How Much Caffeine is in 4 Shots of Espresso?

A double espresso is called the “doppio.” So two double shots are equal to four espressos, also known as a “quad.”

How Much Caffeine is in a Single Espresso? 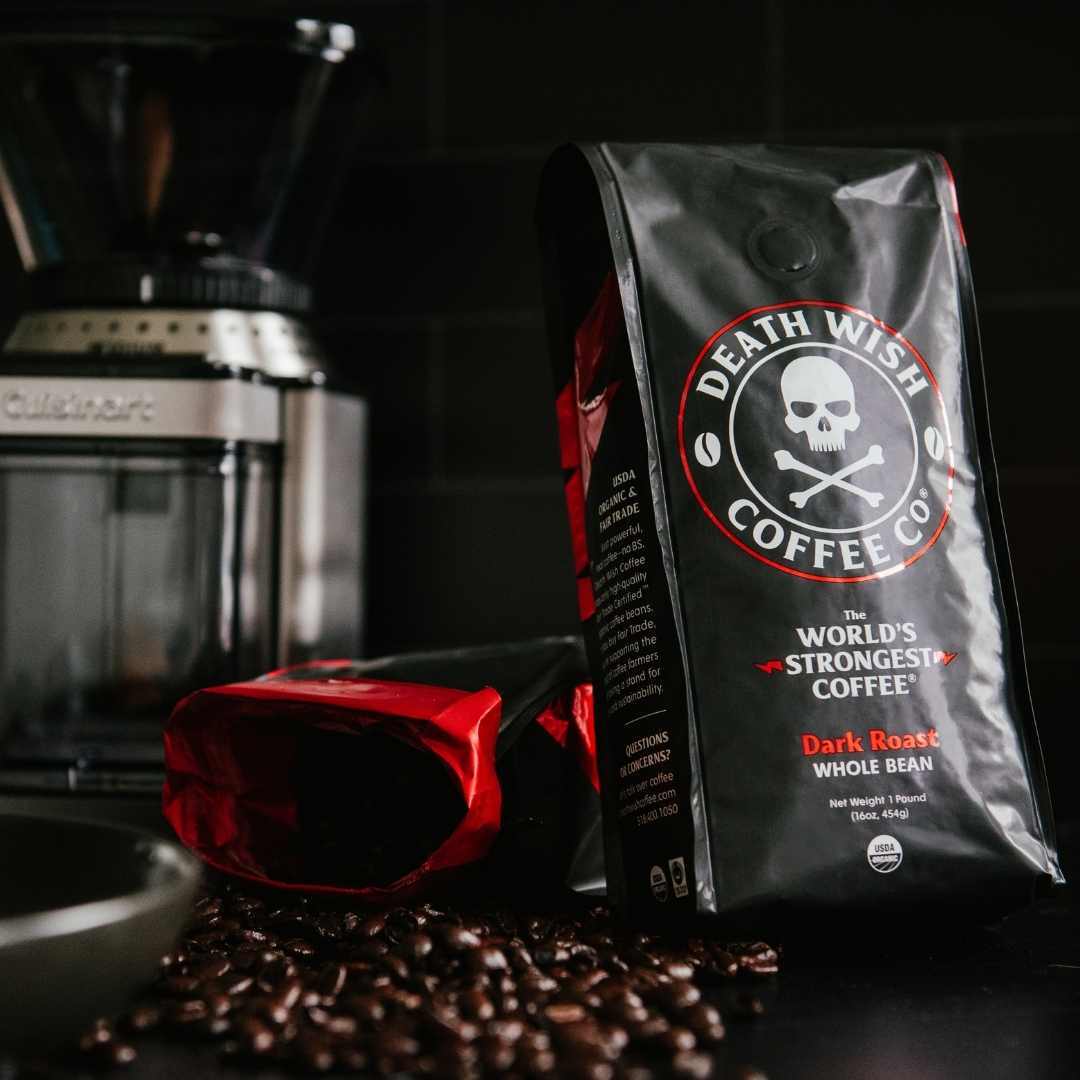 The total amount of caffeine contained in an espresso depends greatly on:

Espresso and espresso products are generally a concentrated brew of coffee made by extracting roasted coffee beans under pressure and boiling water. To determine how much caffeine is in a shot of espresso can only be estimated because of the different ways it is prepared. The caffeine content of an average single espresso is about 60 mg.

How Much Caffeine is in an Espresso at Starbucks

Single or Solo espresso drinks also have a caffeine content of 75 mg in a 0.75 oz serving. A quad espresso at Starbucks will contain 300 mg of caffeine.

How Much Caffeine is in an Espresso at Dunkin’

At Dunkin’, a single shot of espresso and all drinks based on a single shot have a caffeine content of 118 mg. Dunkin states on its website that the caffeine information provided is an approximate value based on their standard brewing/steeping procedures and limited analytical data. “Caffeine values can vary greatly based on the variety of coffee/tea and the brewing equipment/steeping method used.”

Four espresso shots at Dunkin’ will contain an estimated 472 mg of caffeine, which is slightly more than the FDA-recommended daily caffeine consumption limit of 400 mg.

Which Has More Caffeine: Espresso Or Coffee

Some people say that espresso contains more caffeine than regular coffee. This could be because caffeine is a bitter compound, and espresso is made from dark roasts, which accumulate more bitter molecules. This thinking seems logical at first, but it’s not entirely true. The bitter molecules accumulate in dark roasts due to the long and intense roasting process at very high temperatures. 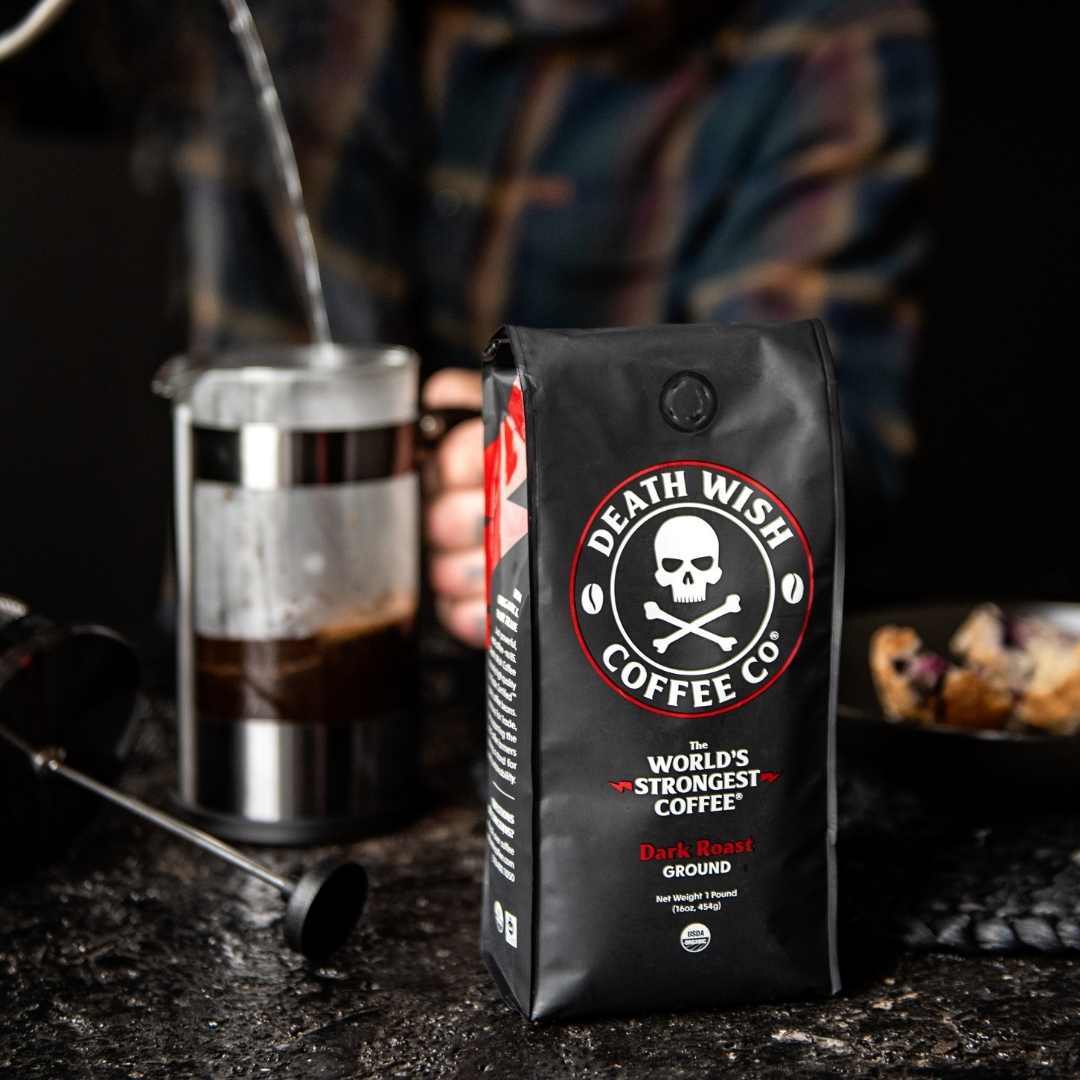 Regular coffee has a higher concentration of caffeine per serving. However, it is not accurate to measure caffeine concentration in terms of servings, as pure espresso is served in shots that equal one ounce, while a cup of regular coffee ranges from 8 ounces to more than 30 ounces.

When comparing caffeine concentration per ounce rather than per serving, espresso has higher caffeine content. For regular coffee, the caffeine content depends on the machine used, the grind, and the type of beans.

How Much Caffeine Is Too Much

Caffeine has its benefits, but it can also cause problems. Daily consumption of up to 400 mg of caffeine is considered safe for healthy adults. This is equivalent to drinking four cups of regular coffee or five double espressos. Caffeine in liquid or powder form provides mildly toxic amounts of caffeine.

One teaspoon of caffeine powder is the equivalent of over thirty double espressos. Such amounts of caffeine consumption can lead to serious health complications.

Caffeine consumption is considered safe for adults but risky for children. Teens and young adults should not drink too much caffeine or take other drugs along with caffeine. Some adults also experience adverse effects when taking caffeine. People undergoing specific treatments or who are overly sensitive to caffeine may also experience side effects.

Pregnant women should not consume more than 200 mg of caffeine. You might want to get instructions from your doctor on caffeine intake.

The experience of having our first cup of coffee is hard to forget. However, some people are forced to forgo caffeine consumption due to nervousness or other health complications, but the cravings can be overwhelming.

Caffeine is a psychoactive compound that affects emotions and cognitive performance by releasing dopamine after drinking coffee. Caffeine is the most widely used central-nervous-system stimulant that speeds up breathing, increases heart rate, and affects thoughts and actions.

As you can see you’re not alone if you rely heavily on caffeine to keep you energized and going. Millions of people consume caffeinated beverages to stay awake and concentrate better in their daily activities.

After reading this article, we hope that you will have a reasonable estimate of how much caffeine is in 4 shots of espresso? Whether you order a quad at Starbucks or Dunkin’ or enjoy a large cup at home, it’s important to consider your daily caffeine intake.

As you have seen, considerable differences exist between caffeine amounts in 4 espresso shots in different coffee shops. If you are a healthy adult, a quad shot should be within or close to the recommended daily caffeine limit at most cafes.